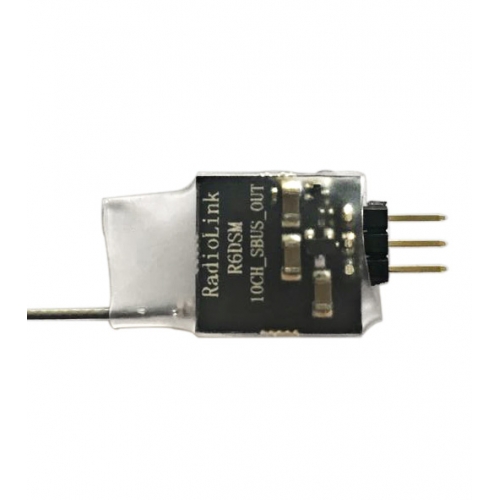 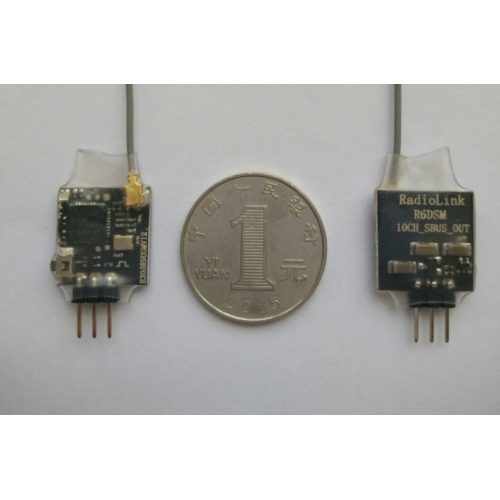 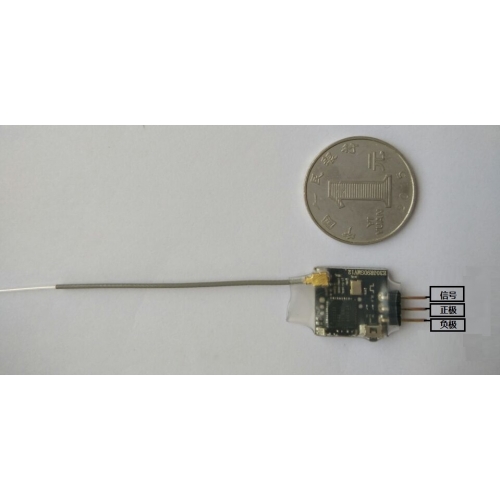 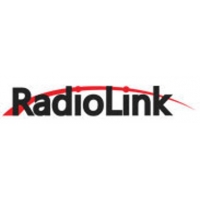 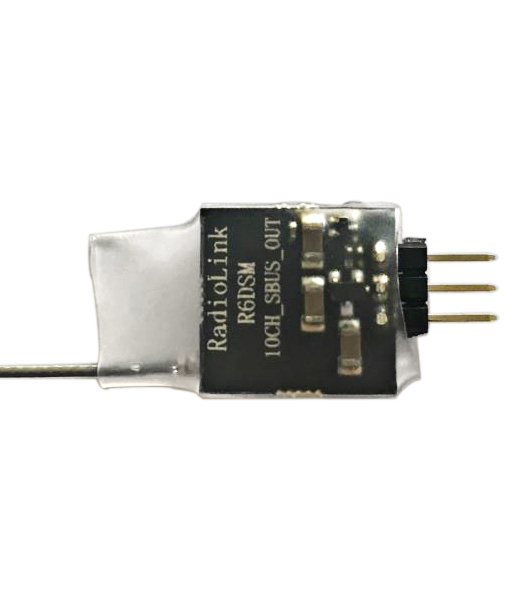 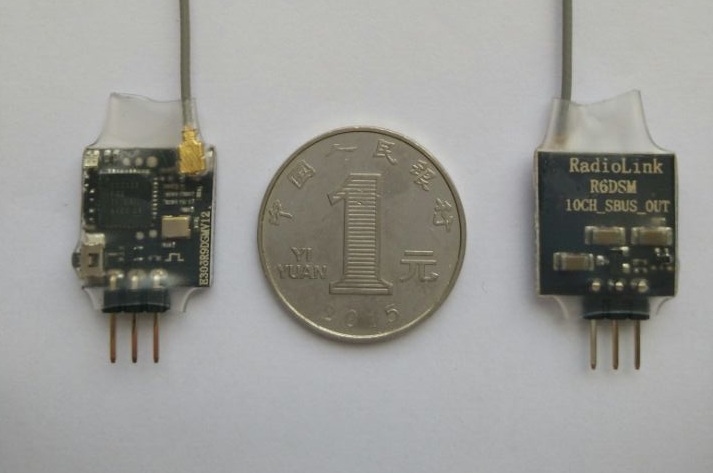 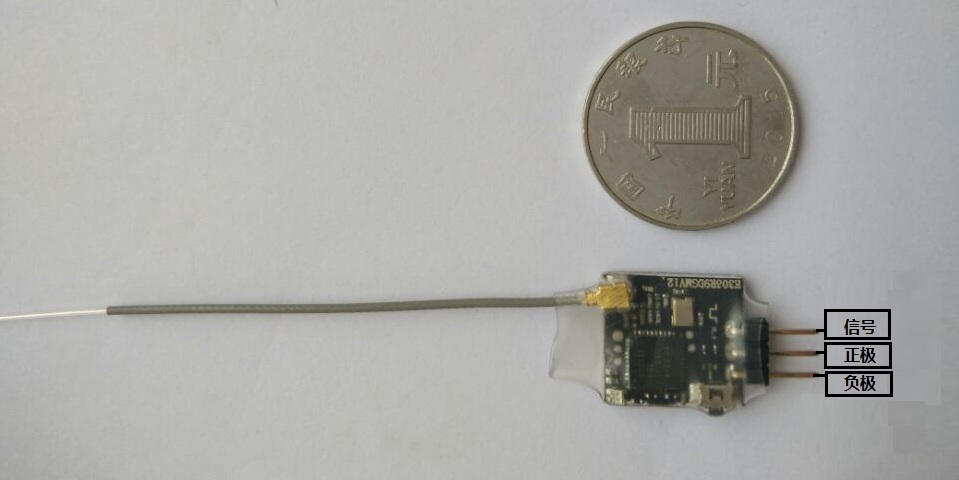 Short press the ID SET switch two times within 1 second, the signal is changed from SBUS to PPM. The red LED indicates the PPM and blue/purple indicates SBUS.

How to match code with transmitter:

1. Place the transmitter and the receiver close to each other within 1 meters.

2. Turn on the transmitter, then power on the R6DSM.

3. There is a black button on the R6DSM, press the binding button twice in two seconds and release, receiver light start blinking, after about 8 times blinking, match code success when receiver signal LED always on!

1. The antenna must be kept as straight as possible. Otherwise it will reduce the effective range.

2. Large model aircraft may of some metal part interfering signal; in this case the antennas should be placed at both sides of the model. Then the best RF signal condition is obtained at any flying attitude.

3. The antennas must be kept away from conductive materials, such as metal and carbon by at least a half inch. The coaxial part of the antennas does not need to follow these guidelines, but do not bend it in a small radius.

4. Keep the antennas away from the motor, ESC, and other noise sources as much as possible.

6. After all of the above steps finished, the LED indicator will turn and keep in red.

7. The receiver can be packed by sponge or foam for shocking proof when it is installed to the model.

After all of the above steps finished, turn off the transmitter and then power it on, now the program functions to assure it under control of transmitter with a right connection.

99.74 Euro
pcs. Add to cart
Other products in category